13 Signs You Should Walk Away After a Home Inspection

Are these make or break deals for you?

(original article courtesy of Hunker.com) In today's uber-competitive real estate market, many people are opting to forgo home inspections when they make their purchase offers — all in the hope that their offer will look more appealing than some other offers. However, most real estate pros would advise against taking this step since home inspections can reveal valuable information about the state of the property.

Of course, not every item uncovered during a home inspection spells disaster. Some low impact issues home inspectors may identify are solvable with a simple fix. For example, a burned-out light bulb in an oven's vent hood could make the list. However, sometimes home inspectors uncover major issues with the foundation, HVAC unit, and even termite damage that may send potential homeowners (and their offer to buy the property) running for the hills. If your home inspection uncovers any of these 13 things, you should run (not walk) away from buying your dream home.

News that an inspection has uncovered the presence of wood-destroying pests can often send chills down a buyer's spine. That happens with good reason, according to Ron LaPorta Jr., franchise owner of HouseMaster in Downingtown, Pennsylvania, a Neighborly company. "Observing termite damage in one area and visible evidence the termites have traveled to other areas of the home (hidden from view) can bring on significant expenses," he says. "The only way to truly know the extent of damage would be to conduct an invasive evaluation with finished materials removed, which is beyond the scope of a home inspection."

If the termite damage has been going on for many years, LaPorta says you could be looking at significant remediation expenses.

The foundation of your home is the base on which the rest of your house stands. It's natural for that base to shift slightly or change over time, but any major changes to the property's foundation should be a major red flag for potential homebuyers. This includes cracks, damage, and water infiltration.

There are a range of electrical issues that might prompt an inspector to sound the alarm. Faulty systems, previous signs of fire damage, or even outdated systems can spell big trouble down the road. Not only are electrical problems expensive to fix (if your home needs rewiring, for example, you could be looking at thousands of dollars worth of work) but they can potentially be deadly.

One of the perks of being a homeowner is getting to tailor your space to meet your needs. It's not unusual to look at a property that has had some upgrades or additions over the years. However, if your inspector has noted that the current state of your home doesn't exactly match the existing county records, there's a good chance that some of the changes occurred without the approval of the municipality. While that in and of itself doesn't spell disaster, it could be a sign that work might not be up to code. As with many of the items on this list, that could entail an unknown financial commitment on your part, which might be a can of worms you're not ready to open.

Unfortunately, water damage is a common issue uncovered during home inspections. While it's not always a major issue (like a sign of flooding), it can be a sign that there are some other problems at play.

"I was recently working on a two-family home in Union City which we knew needed some work; however, the home inspection revealed some serious defects," says Rachel DiSalvo, broker associate with Keller Williams Park Views in Rutherford, New Jersey. DiSalvo says that they discovered that water was entering the home from three separate points on the property. While two of the issues seemed solvable with a simple fix, the third ended up being a deal breaker. "We discovered half of the home was left unsided and exposed to the elements, allowing water in and heat to escape," she says, adding that the only access point to this part of the house would be through the neighbor's backyard.

Just like electrical issues can become pricey down the line, sewer problems can also cost a boatload to repair. They are especially common in older homes where the sewer lines may have become compromised or corroded over decades of use or in areas where there are a lot of large trees and root systems might have infiltrated the line. While issues with a sewer system are almost always repairable, they are a huge and laborious undertaking that can often get messy (and a bit stinky).

7. Issues With the Roof

Most lenders will not provide financing for homes with roofing issues. This is because a damaged roof can lead to even more issues if it's not taken care of quickly. Now, not every issue an inspector notes with a roof should raise a red flag; however, there are some that could come with a hefty price tag. If your inspector notes that the roof is nearing the end of its physical life (usually defined by needing replacement within two years of inspection), you may want to reconsider just how much your dream home is actually worth to you.

Additionally, if the inspector points out damage or concerns that extend beyond the fact that your roof is nearing the end of its usefulness, you should be asking what other problems are lurking under the shingles. A roof leak can cause water damage, mold, and even structural problems if it has gone on long enough.

Anyone who has ever had to replace a faulty HVAC unit knows just how expensive they can be. Not only are the units themselves costly but all the parts that go along with them (like the ductwork) can really add up. If an inspection uncovers a major issue with the HVAC system, you could be looking at thousands of dollars in repairs.

Not all issues your inspection uncovers will be signs of major damage. In fact, a series of red flags could be enough to give you cold feet about buying the home. Poor maintenance, shoddy repairs, and even bad smells can all be major red flags that there may be pricey problems hiding behind the otherwise OK facade of the home.

Any home that will require major repairs right out of the gate (or even before closing will be able to take place) should give you pause. You'll want to ask yourself whether you really want to invest money into your home from the start or if you'd be more comfortable finding a home that will allow you to unpack and unwind a bit after your big move instead of having to get right to work.

This is especially true for properties that are uninhabitable without repairs or upgrades. You won't be able to rest (literally) until you've brought the property up to code and made it safe for habitation.

Like some other issues on this list, mold in and of itself isn't a deal breaker. In fact, many homes in perfect shape have detectable traces of mold. However, if your inspection reveals significant mold, mold damage, or even dangerous types of mold (like black mold, which is notoriously hazardous to humans and hard to eliminate), you may want to lace up those running shoes and make a break for it.

12. Anything That Jeopardizes Health and Safety

Home inspectors are not only there to make sure that you're going into your real estate transaction with your eyes open but also to ensure that you'll be healthy and safe living in your new home. High levels of radon, noxious gases, well-water contamination, and other issues can all be too costly to fix right away and too hazardous to live with in the interim.

Real talk: Buying a home is one of the largest purchases you're likely ever going to make. You should feel confident going into this transaction. If there is anything that has been flagged by your home inspector that causes you concern or that feels like too big of a task for you to tackle, you should feel empowered to walk away from the deal. 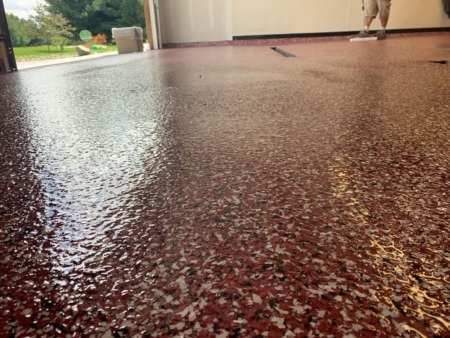 What to Know About Polyaspartic Garage Floor Coating

(Original article courtesy of familyhandyman.com) This floor coating is a durable, versatile option that will make your garage the envy of your ...Read More 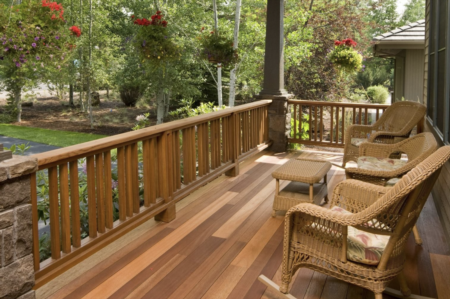 (Original article courtesy of familyhandyman.com)  Deck foundations are usually made of wood, but you have choices when it comes to deck boards. ...Read More 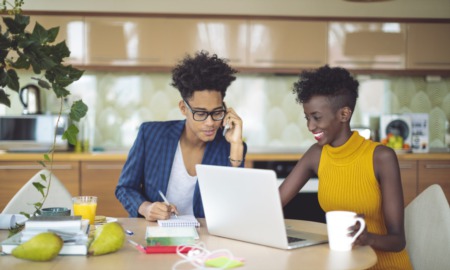 How to Make a Home Inventory for Insurance Claims

(Original article courtesy of Nerdwallet.com)  Imagine that all your belongings are destroyed in a house fire. Thankfully, you have insurance. ...Read More